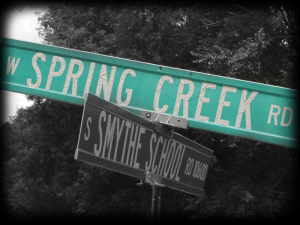 The last time I had the urge to steal a street sign I was standing at the junction of county highways PB & J.  The sidetrack jaunt to the junction of PB & J was a mere 20-miles out of our way and, in my mind, well worth the trip to see if such a sign existed.

Thankfully, my long-time hunting and fishing partner is often as easily as amused as I am.  Whether we are hunting, fishing, scouting or working, we have been known to immediately change a trip itinerary to visit any “Capital of the World” or landscape freak show that we unknowingly stumble upon. Over the years we have visited the Musky, Mallard, Goose, Soy Bean, Bluegill, Bison, Walleye, Grouse, Prairie Chicken, Snowmobile and, yes, even the Turtle Race Capital of the World – without any preplanned intention or prior awareness of their existence.

What started as a one-time comedic moment that was born out of road trance and white-lined fever has since become a noble and time-honored quest of Americana.  If we happen across a sign that says “Such and Such Capital of the World” during our travels – we follow it.  No questions asked.

It should come of as no surprise that each of these self-proclaimed capitals are usually memorialized with some monstrosity of a sculpture that is only missing a twenty-foot ribbon that reads, “Wish You Were Here.” Truly, they are epic postcard moments that have never let us down.  With any luck, the trip to the junction of PB & J would not let us down either.

As we approached the junction from the west, we were met with a bare, green, iron pole where the sign should have been.  It appeared that we were not the only travelers with a keen appreciation for irony. Our investigation pressed on and low and behold, the eastbound sign was present and accounted for (insert angelic choir here).

Now, I normally consider myself an upstanding, law abiding citizen. As a stood staring at perhaps the most appealing traffic sign I had ever witnessed, I remembered that we had used every last roll of film during the previous three-day photo shoot. Yes, this adventure occurred during the pre-digital days of imagery so you should easily understand my dilemma.

Like old Robert Johnson, I stood at the crossroads with one toe over the line of temptation and a hankering to unload the entire bed of the truck just to get into the toolbox and yank out a few wrenches.   I paced.  I scanned the roads in all four directions and plotted. The longer I plotted the more empowered my sense of Catholic guilt became.  The black and white sign wavered in the stiff wind like a nun’s habit.  I clenched my hands tightly and flashed back to my uniformed school days when nun’s continually tried to strip my pencil from my left hand while writing — which often resulted in ruler-bloodied knuckles and a recess detention because I would not let go.

While I remain left-handed to this day (an obvious spawn of Satan) I walked away from the crossroads of PB & J with my soul intact and the sign still on the pole.

Today we scouted a number of unfamiliar streams in Wisconsin’s Driftless region.  As I scoured the blue lines on the maps for prospective trout water and access points I noticed a “Spring Creek Road.”  Surely there would be a street sign worth photographing, right?

As I photographed the sign (above) I was reminded of the advantages of digital imagery the serendipity that can be found in the great outdoors.  For the avid fly fisher there are many miles of road between the trips we’ve taken and fish we’ve caught.  When the drive, even to a local honey hole, gets boring and automatic — detour.  You’ll be surprised of the value and memories it can provide.